Here we go… After about 6 month I finally found the time and internet connection to do a short update on my Canada experience:

To make it short, the first month wasn’t great. Accommodation was not as promised (it was a nice cabin but had to share it later and it was far outside town which makes shopping for basic stuff impossible without a car) and working hours where whenever my former boss decided. Even on days off i was called to work and this although I only had one day off in a week! Working with him was not fun either, he would never be satisfied no matter what you did.

…. I wrote a longer part, explaining and providing examples for what an egomaniac smart-arse he is but i didn’t want it on my public website so enough of him.

Anyhow I decided that is not the way I want to spend my time here so I quit, knowing that I would’t have a place to sleep. The solution was a rental car: 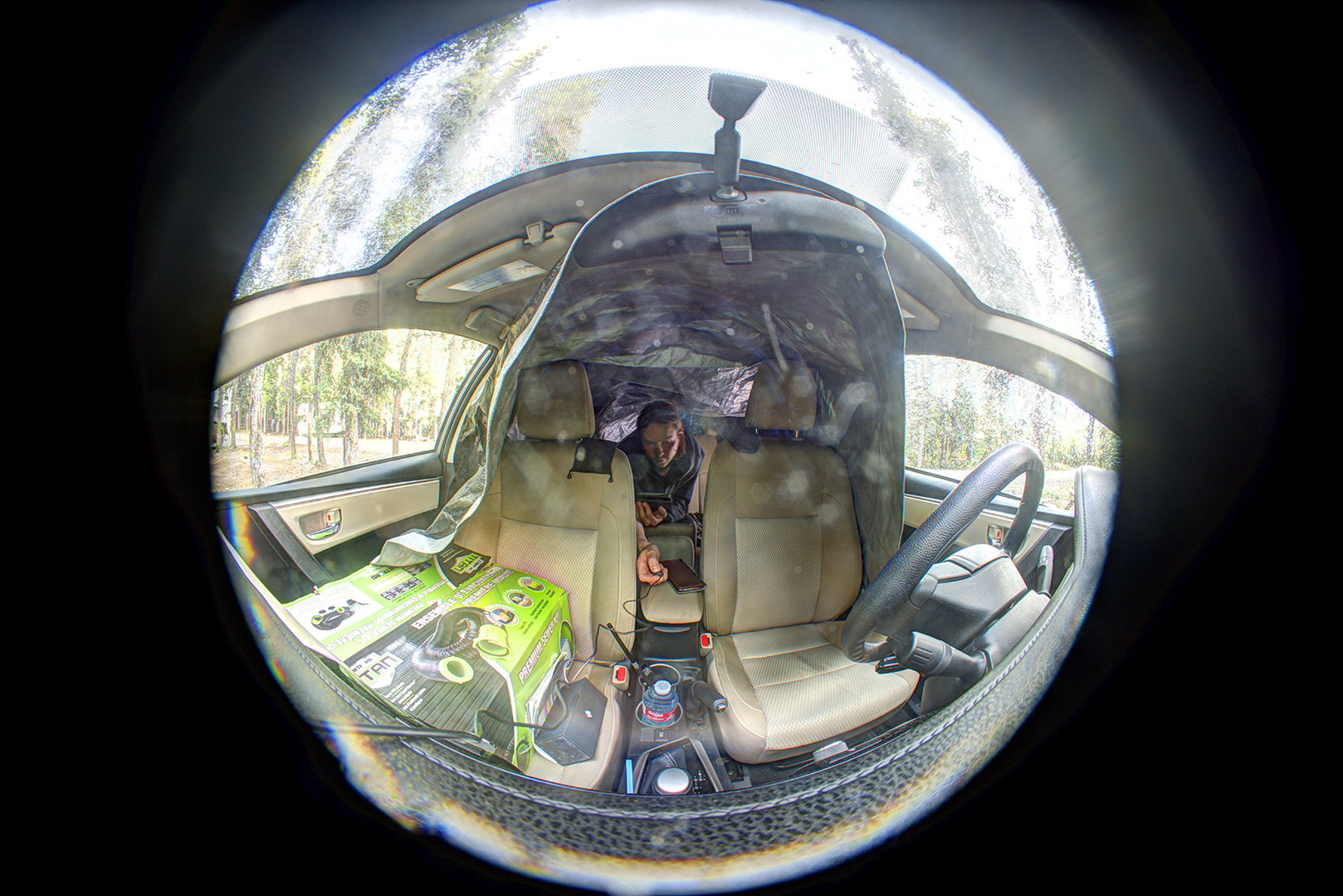 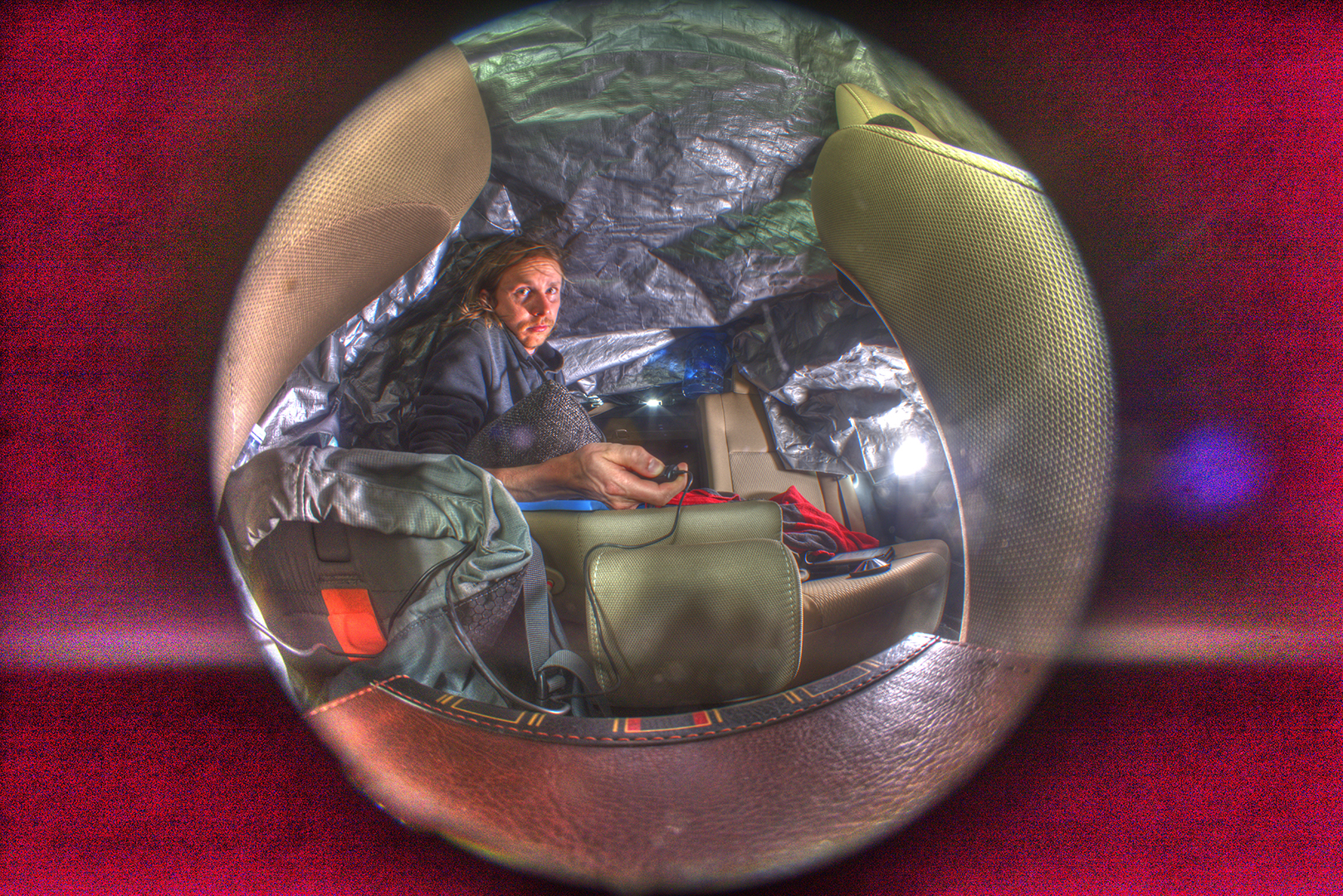 I lived there for almost two weeks, wrote a few applications and was lucky to get the perfect job in the most welcoming environment one can imagine.

Not only did I meet friendly and helpful people there I learned a lot about Dän Ke, their territory and traditions and I enjoy coming to work and voluntary doing overtime. I should mention that I moved from Whitehorse to Haines Junction that borders Kluane National Park, covering 22013 square kilometres and being the biggest protected natural preserve in the world.

Not having accommodation there I decided to upgrade my sleeping quarters.

That’s when I bough this beauty. A 1988 Dodge Ram Camper Coversion: 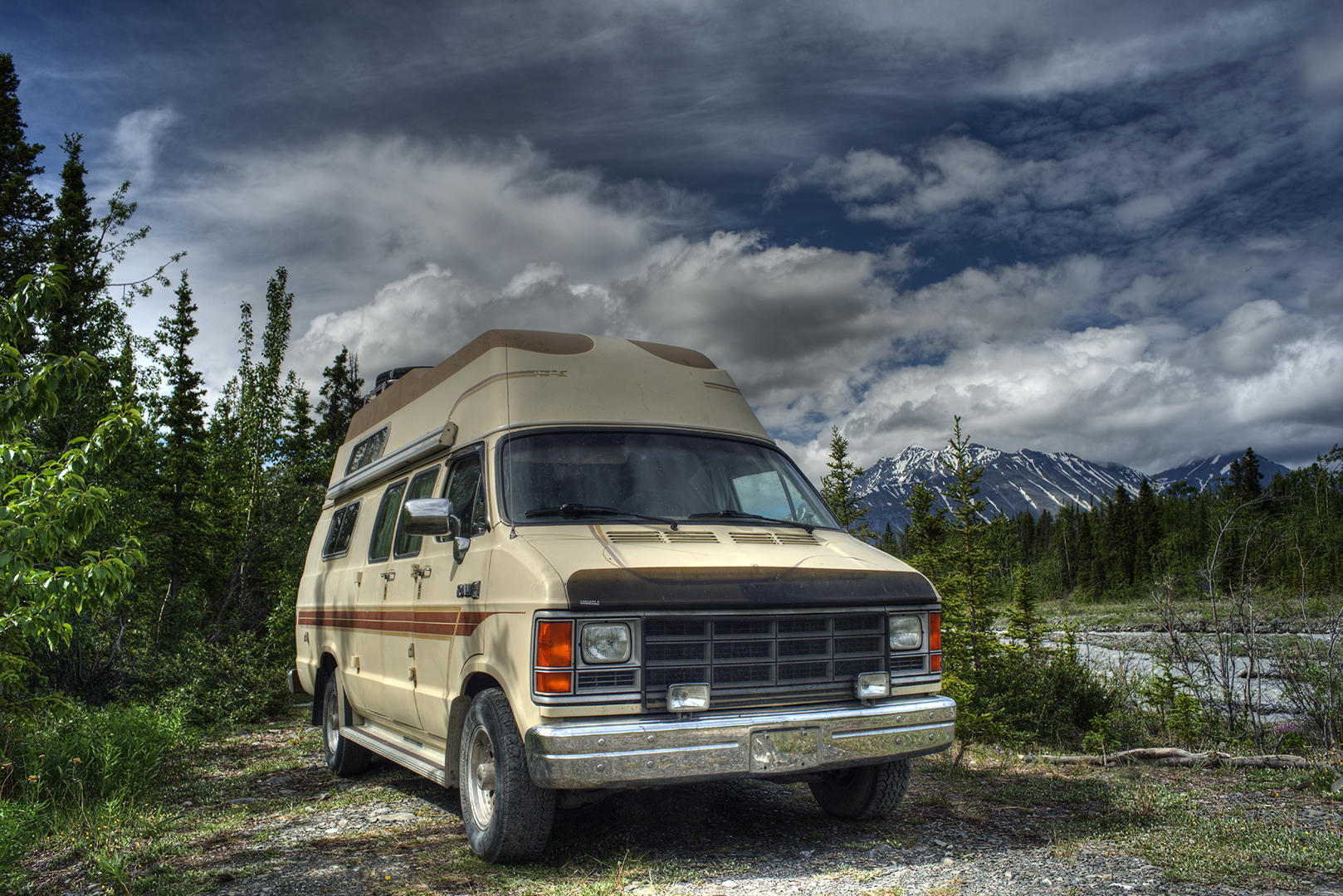 And I have been traveling around and living in it since:

I did several hiking trips, drove to Alaska, went fishing a lot and made camp wherever I wanted to. 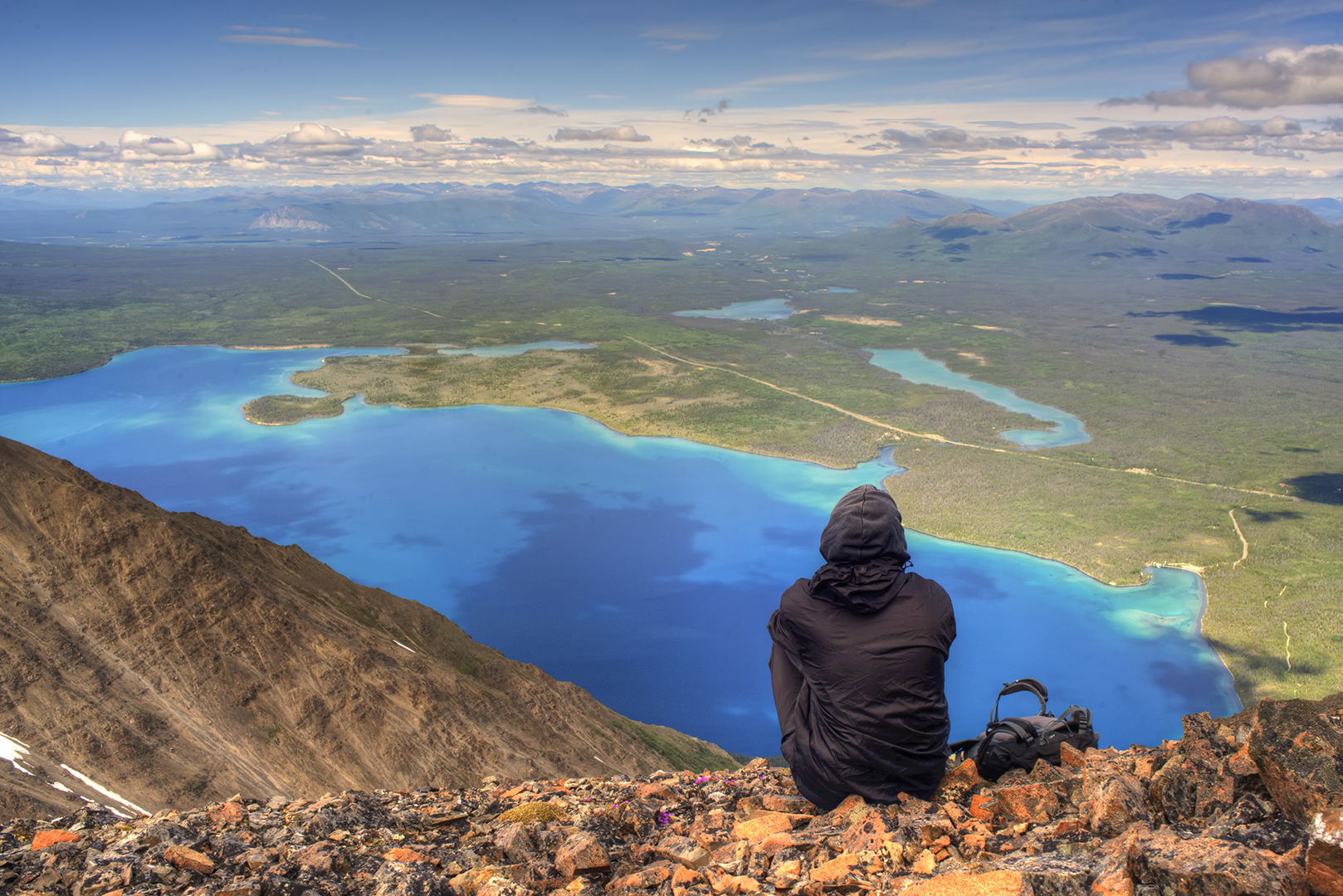 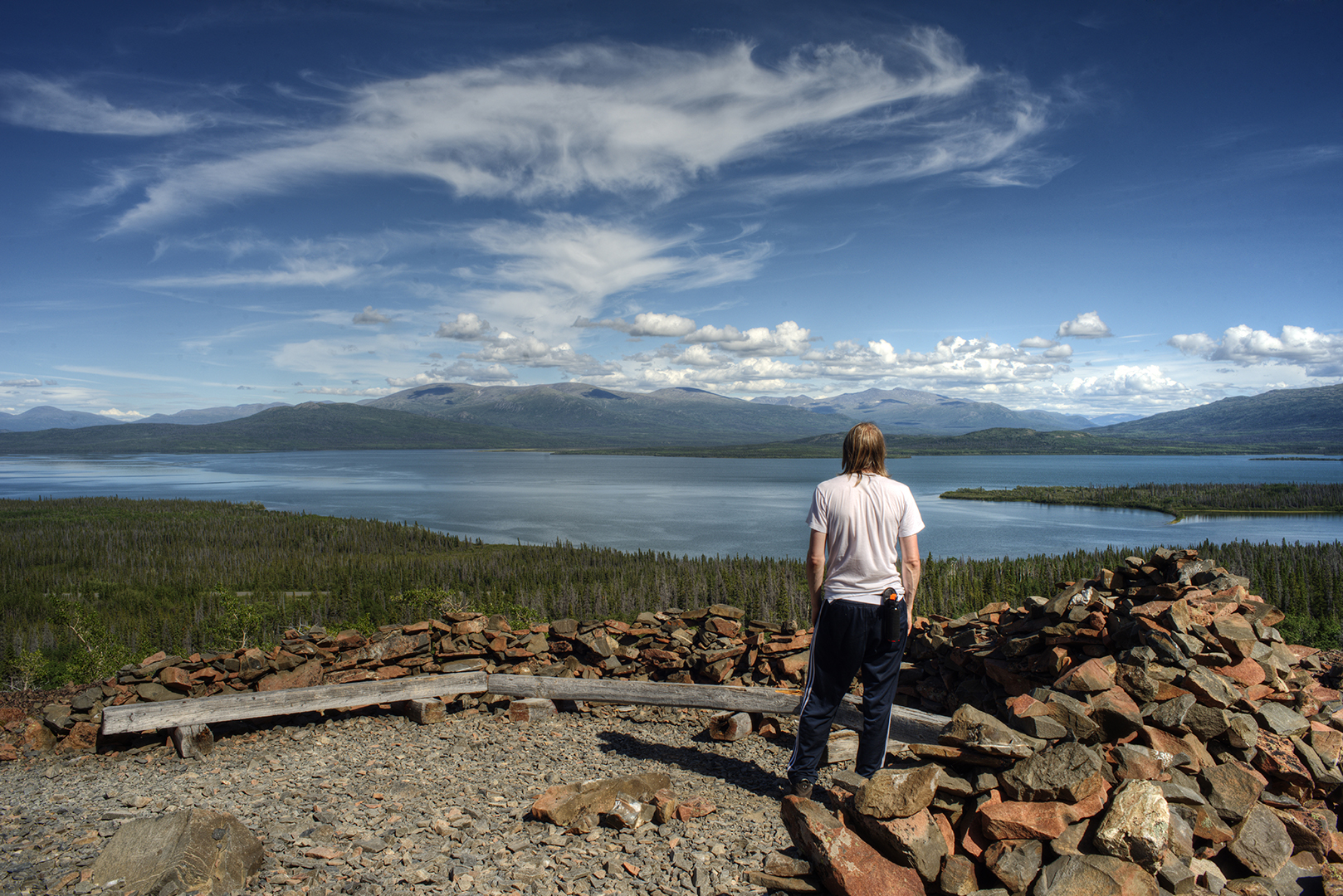 Life is good when camping, as long as squirrels don’t steal your food :P